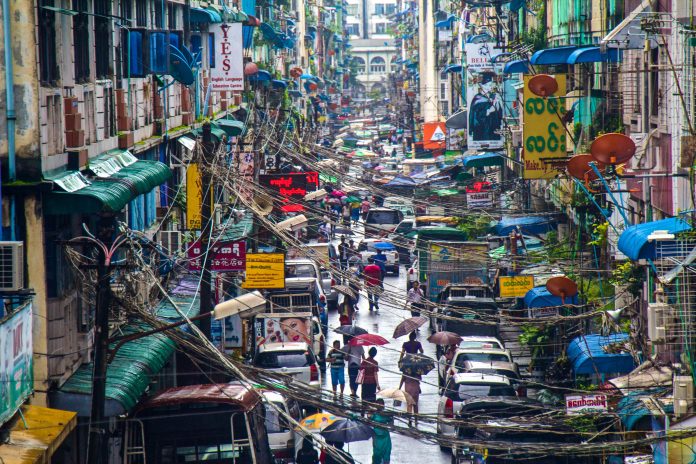 Adoniram Judson, the eldest son of a devout Congregational pastor, was born in Malden, Massachusetts,
on August 9, 1788. He was an unusual child and could almost be called a prodigy. His mother taught him to
read at an early age. At one time, upon his return from a trip, Adoniram’s father was surprised to learn that
the three-year-old lad could read an entire chapter from the Bible. He was always a most studious young
chap, much more interested in study and reading than in playing with his young chums.

He entered Providence College, now known as Brown University, at the age of sixteen. He was a brilliant
student and made a remarkable record for himself in college. At the close of his final year he received the
highest scholastic honor, being named the valedictorian of his class.

Young Adoniram was not sure just what he desired to do with his life upon graduation. His ambitions
seemed to lie in two directions, the practice of law and the writing of plays. During his college days Judson
imbibed many infidel ideas. The seeds of infidelity were the natural results of the French Revolution, which
results had come to the United States and scattered throughout the land. Judson’s best friend, a college
friend, was a product of this “New Thinking.”

His influence upon young Judson was great and the latter soon
became as great an unbeliever as his friend. Judson was of a restless nature and often longed to tour the
country. Upon his graduation he decided to visit New York City to join some theatrical performers. He did this,
as he said, “to familiarize himself with their regulations, should he enter upon his literary career, and partly
from curiosity and love of adventure.” He remained with this theatrical group but a short time, soon tiring of
this type of life.

Shortly after leaving New York City, young Judson was staying in a country inn. In the room next to the one
where he spent the night, a man was dying and Judson was forced to listen to the man’s dying groans of
agony and despair. The next morning he was shocked to learn that this man who had gone into eternity
during the night was his infidel college chum. Judson was dazed as he left this country inn but soon became
deeply engrossed in his own thoughts.

The words kept ringing in his ears, “Dead! Lost! Lost!” He realized
that he had been led astray in his thinking and that in reality all this infidelic teaching was utterly wrong.
This particular event in Judson’s life led him to enter Andover Seminary. Within six weeks after his
entrance into the school, as he delved into the Word of God, he understood and experienced the incoming of
the Lord Jesus Christ into his life and could say that he was no longer a stranger or foreigner, but a fellow
citizen with the saints and of the household of God (Eph. 2:19).

A great change came into Judson’s life after
he had sought God for the pardon of his sins and had dedicated his life to the Master’s service. He now no
longer dreamed of fame and honor for himself, but his one ambition was to plan his life in accordance with
the will of God. He began to think of missionary service after learning of William Carey and associates who
were opening up India to the Gospel. He sensed the Lord was calling him to be one who would help carry the
Gospel “…unto the uttermost part of the earth” (Acts 1:8).

At this time there were no missionary boards in existence in America that were sending missionaries from
our shores to give the Gospel of Christ to the heathen. At about the same time that God was speaking to
Judson, He was also speaking to the hearts of three young men in Williams College. These three young
men, Samuel J. Mills, James Richards and Luther Rice, formed a missionary society at this school. A short
time later these three young men came to Andover College, where Judson was a student, to finish their
theological training. It was through the zeal of these four young men that the American Board of Missions
was organized.

It was a great disappointment to Adoniram Judson’s parents to learn of his decision to be a missionary.
They thought this was an impossible and useless task and to have their own brilliant son enter into such a
vocation was almost more than they could bear. However, young Judson knew beyond the shadow of a
doubt that he had received his call from God and was determined to do the will of the Lord whatever the cost.

These four young men, and others who had now joined the group, decided to appeal to the various
churches of New England, presenting the need of such a group as theirs in the missionary program. They
went everywhere raising funds to send out the laborers to the harvest field, under American auspices.

Whenever they were asked to fill pulpits they would do so and speak of this work that was so dear to their
own hearts. On one particular Sunday, Mr. Judson went to Bradford with his companions to present the
cause of the American Board of Missions. While there they were entertained at the home of a Mr. Hasseltine,
at which time a God-ordained meeting of great consequence took place.

Mr. Hasseltine had two daughters, one of whom was a charming, black-eyed, curly-haired young lady who
captivated Adoniram at once. Ann, was her name and she was a high-spirited young lady full of life and
desire for adventure. Ann was born in Bradford, Massachusetts, on December 23, 1789. She was a gifted
and brilliant student and received her earliest training at the academy at Bradford.

When Ann was not yet
seventeen years of age she became deeply interested in spiritual things. For some time she thought that by
performing good works she could prepare herself for the kingdom of heaven. It was during a religious revival
in her home town of Bradford at about this time that Ann came to realize that she could never be saved by
her own good works but only by the grace of God.

At the close of this series of special meetings Ann gave
her heart and life to Christ and made her decision to do all in her power for the spreading of the Gospel.
When Ann was eighteen years of age she began to teach in schools in Salem, Haverhill and Newberry. It
was during this period while she was teaching that she secured a copy of the book, The Life of David
Brainerd. After reading this she became more aware of God’s purposes in her own life and felt that God
desired to use her in some type of missionary endeavor. And it was about this time that the meeting of
Adoniram and Ann took place. The initial meeting was followed by many subsequent visits of Adoniram to
Bradford to visit Ann.

– Adapted and used with permission from An Hour With Adoniram and Ann Judson by T. W. Engstrom,
and supplemented with information from the book Ann Judson by Basil Mille

Report Of God’s Work In China, Iran And India